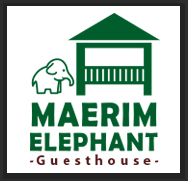 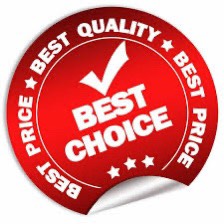 • African elephants are the biggest land mammal in the world.
• Pregnant for 22 months
• Newborn babies weigh 120 kilos.
• Elephants live between 60 and 70 years old. Oldest recorded elephant: 86 years old.
• The biggest elephant is from Angola. It weighs 10,000 kilos and is 2.96 meters tall.
• If elephants have food and water, they can happily live together. Conflict arises in periods of scarcity.
• Elephants can run up to 40 Km/h but cannot trot slowly.
• Females run faster than males.
• They can’t jump.
• They keep themselves clean by hitting their bodies with grass.
Sleeping
• Sleep 3-4 hours(between 11PM and 3AM)
• Asian Elephants sleep lying down, just like humans. If they sleep during the day, they might be sick.
• African Elephants sleep standing up. If they lie down, they might be sick or hurt.
Food and Drink
• Fully-grown Elephants eat 250 kilos per day.
• Eat for 16 hours per day
• Digest only 40% of food
• Elephants drink 227 liters (60 gallons) per day.
• They only drink clean water.
• They stow food in their cheeks and eat it while they walk.
Elephant Poop
• Important for Mahout! They follow the poo to find elephants in the jungle.
• They know if the Elephant is sick by always checking their poo.
Teeth
• 28 teeth including tusks.
• At age 2, the teeth fall out for the first time.
• They regrow 6 times: at the age of 2, 6, 14, 28, 40 and 60.
• Elephants over age 60 can’t use their teeth- special food is prepared for them.
Hairs
• When they are young, they have lots of hair. As they age, the hair falls out, except on their head and tail.
• Their skin is 3 cm thick, but they can still feel mosquitoes.
• They don’t sweat. They cover themselves in sand and mulch to cool their bodies down and avoid getting sunburnt.